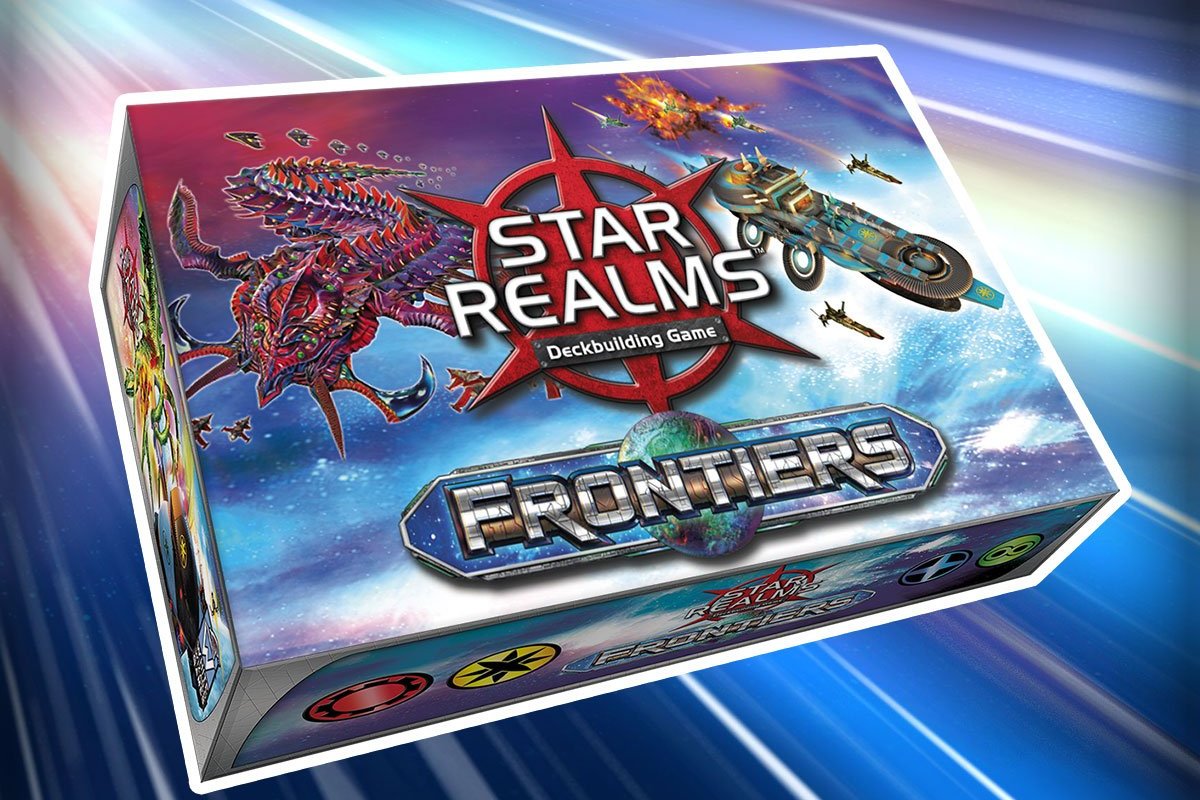 Few games have been requested to be played more frequently by my son than Star Realms. If your child can read, he/she will love playing this simple, exciting, attack-and-defend game of space war. While it can be enjoyed at a very superficial level by young kids, there are a fair amount of strategic nuances at play that make it an exciting, light-weight card game for gamers of all types.

Start with a deck of 10 cards (8 money cards and 2 attack cards). Each turn you take the top 5 from your deck and play them to buy other cards from those available, attack other players, restore life points, draw cards, play bases or outposts, and other actions at your disposal. Next turn, take the next five, and so on until there is one player left to control the entire galaxy!

The original game is split into four awesome factions, each with its own strengths and focuses. The blue Trade Federation (my favorite) has an emphasis on life regeneration. The green Blob aliens are strong attackers (often a favorite of kids!). The yellow Star Empire focuses on decreasing other players’ hand strength. Lastly, the red Machine Cult helps you scrap cards to churn through your deck faster. You’ll get a feel for which factions suit you best after playing a few games.

The first several times playing Star Realms, I underestimated the value of bases and outposts…to my detriment! Bases and outposts are so crucial to a balanced approach. The bases are awesome because they often get overlooked (allowing you to reap their rewards for multiple turns!), while the outposts are great protections during each phase of the game. These also allow for the activation of faction combinations which can be powerful tools in the middle and late stages of the game.

The boundaries for Star Realms expansions are virtually limitless. They keep producing great expansion decks that supplement the original game flawlessly. Here are two great ones to consider adding to your deck:

There are many game modes available which add to the depth and replay value of this game. A classic 1 vs 1 never gets old. You can play a mode where each player freely divvies out hit points or where hit points always go to the player to your right/left. Frontiers also has a really fun co-op mode where you take on a massive enemy together. Each mode forces you to shift your approach a bit to increase your chances of survival.

Overall, as a light-weight deck-building game, I give Star Realms a very high 8.5 out of 10 (between “enjoy playing and would suggest it” and “always enjoy playing it” on BGG’s scale) for the following reasons:

The value compared to the low cost of this game makes it a no-brainer to me. It’s a fantastic, compact game to bring out to a family gathering for a quick pre-dinner game or to pull out for the cousins to play together. Kids and adults alike can have a ton of fun (even though you may not always understand the motivation behind kids’ choices!).